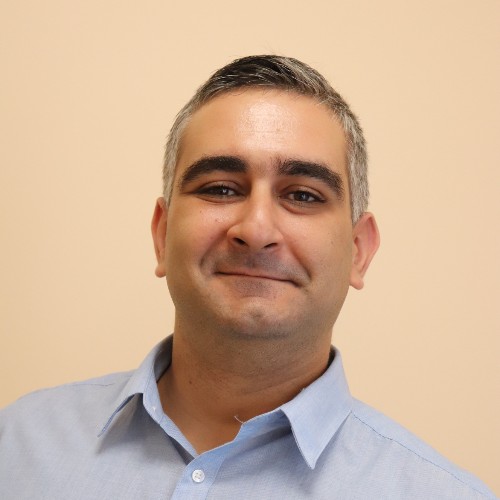 RemoteMore. A modern community where developers and companies meet and form productive relationships. A world where national borders, time zones, and cultural differences disappear. A truly global workplace. But a plethora of questions is surely on the rise. Who runs the parade? Why do they do it? What is the story behind it?

To answer this, we are going to introduce you to the RemoteMore team. To their values, ideals, and personalities. To the people behind a successful brand, who are trying to shape the future of remote work worldwide. We will start from the beginning. In the beginning, there was Boris Krastev, founder and CEO of RemoteMore.

Boris K. is an astonishing person with his gaze constantly focused on the future. Because of this, he left his hometown - a small Bulgarian town on the banks of the Danube river and moved to Denmark. There, he studied business-related Bachelor and Master degrees. During that time he discovered his passion for Entrepreneurship. After some questionable attempts with the wrong partners, he met his RemoteMore co-founder. And thus the 70-hour workweek began.

Why, though? Why RemoteMore? While researching deeply into the global HR issues, it became clear that there was a gap that needed filling. There are simply not enough qualified developers for all the companies.

RemoteMore is the illegitimate continuation of the two Boris' previous attempts to "start-up". The first one, named SkillAchieve was a solution for companies to measure how skilled their workforce was. The second one had the name JobDisrupt. It was a Machine Learning algorithm, matching CVs with job descriptions. Apart from their obvious inclination of combining two words in a brand, Boris K. and his co-founder discovered something else.

Boris' analytical mind rarely rests and is always on the lookout for solutions. And it started from his personal experience: why shouldn't he be able to work from anywhere in the world? Why shouldn't others be allowed too? And what group of professionals need very little (a computer with internet) to be productive?

He saw that there were developers who value their freedom, and who are well versed in a kaleidoscope of programming languages. And who cannot work their dream job because they live on the other side of the globe. So, why not help those smart people and smart companies who value remote work – to find each other? Why not build a bridge between them? Why not create a company that makes the world smaller and more connected?

Apart from his business drive, professional ambitions, and visionary mindset, Boris is, strangely enough, a cool guy. He is a Frankenstein monster built from half a gym maniac and half a PC nerd, both propelling his self-development forward differently but in the same direction. Occasionally he'll troll you with a bad joke or help with practical advice. In case you need one of the latter, you will always find him on LinkedIn. In case you need the former (we won't judge you), Boris is also the one answering the customer support messages on RemoteMore's website.

Stay tuned for more RemoteMore stories. In the meanwhile, do sign up with us either as a remote developer or a company on the lookout for world-class developers.