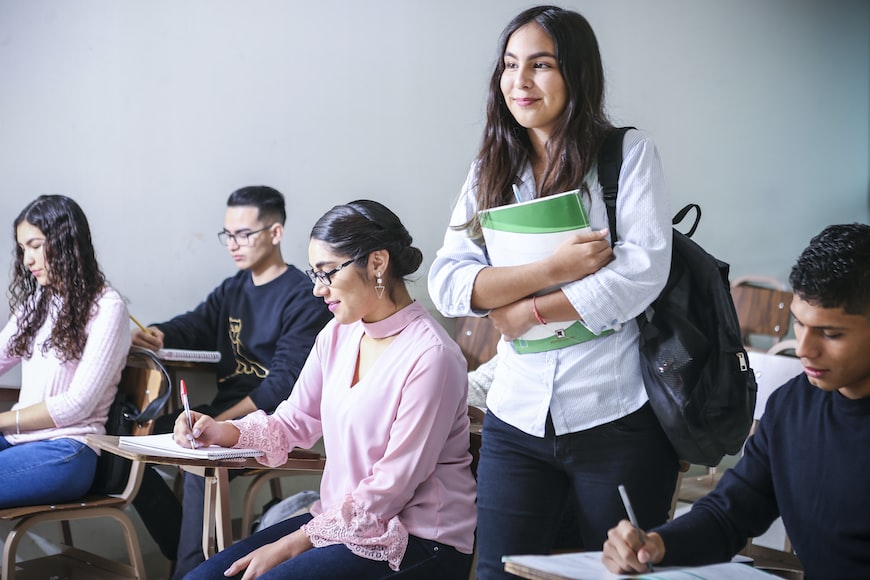 To make the best choice for your software education, you must look for a university or a college that offers the best programs in software engineering or software development. You can’t just type in ”software developer schools near me” in Google and expect to find the best.

However, sometimes it can be difficult to find the best software schools that have a good reputation. That's why we've put together a list of top software developer schools and top software engineering universities in the world. However, before we get to that, let’s answer some basic questions.

What is Software Engineering and Software Development?

Software engineering/development is the combination of theoretical knowledge of software products and computer science practice that results in the creation of high-quality software products. Software is a mature discipline that plays an increasingly important part in our day-to-day life.

You may find that some schools offer undergraduate and graduate programs for software engineering or software development, but they do so as a part of their computer science programs.

However, the name of the discipline is not of big importance, because the universities on our list will provide you with the best education to be a great software engineer or/and software developer.

Why Should You Study Software Engineering/Development?

If you want to be more competitive in the job market and be well prepared not only practically, but also theoretically - then software engineer education is needed.

Software professionals are in high demand across all industries. High-quality software development is a key skill that businesses need to be able to use technology as a means to improve their ability to design, develop, secure and maintain high-quality software. This applies to all industries, from banking and finance to healthcare and national security.

According to the Occupational Outlook Handbook provided by the Bureau of Labor Statistics software engineering/development is anticipated to be one of the fastest growing professions and also add new types of jobs. Software experts are expected to see a 22% increase in employment between 2020 and 2030. This is a much higher growth rate than the median for all other industries.

If you’re very well versed in mathematics and science that will help a lot. Also, if you have previously studied an engineering discipline and have good knowledge in the field that would be a big plus.

Nevertheless, even if you’re not the best in those disciplines, motivation and willingness to learn are enough. So make sure to write an outstanding motivation letter and attach it to your application. Also, if your financial situation is an impediment, you can always search and apply for a scholarship.

Many consider MIT the best science school in the world. Its location in Boston is one of many factors that has contributed to its success. This puts it within close proximity to elite schools like Harvard, Tufts and Boston College.

The Department of Electrical Engineering and Computer Science at MIT offers some of the most prestigious undergraduate programs in software engineering. It also has several top-notch computer research centres including the Artificial Intelligence Laboratory, which is the largest of its kind.

This lab was in many ways responsible for the development of fundamental internet technology, including the first reliable chess program.

The University of Oxford offers many educational and research opportunities. This includes software engineering and development. The software engineering program was started by the Computing Laboratory (now called the Department of Computer Science). It focuses on the integration of theory with practice to improve the study process.

It is no surprise that nine Turing Award recipients come from this university - awards that signify the highest honour in computer science. The Department of Electrical Engineering and Computer Sciences t Berkley offers some of the most prestigious software engineering programs in America, along with engineering and also, research graduate degrees.

Swiss Federal Institute of Technology, Zurich (Eidgenossische Techniknische Hochschule Zurich), is a leading institution in modern technology studies in Switzerland. This national university focuses on the education of its students and faculty to promote Swiss industrialization.

The school's founding of the Department of Computer Science began in 1984. Since then, the school has improved its discipline by producing better software professionals and teachers and introducing new innovations to the field. These efforts have led to ETH Zurich's constant presence among the top brackets of international university rankings and global awardees.

Harvard University was established in 1636. Its current name was adopted in 1638 to honour John Harvard, its founder. Its extensive history, which spans more than 40 years of knowledge production and application, has produced many notable alumni and societal contributions.

Software Engineering is managed by the Harvard John A. Paulson School of Engineering and Applied Sciences Computer Science Department. It has a variety of research and education areas, including theoretical computer science and artificial intelligence. It has received numerous international awards and honours.

Cambridge University was established in 1209, in Cambridge, England. The university was recognized as one the most prestigious educational institutions in the country thanks to its ability to create new colleges that specialize in groundbreaking studies and the rise of prominent scholars from the ashes of obscurity.

The Department of Computer Science and Technology, was founded in 1937. It continued to train computer science professionals of world-class calibre and upgraded its facilities to enhance its research. This made it one of the most prestigious software engineering schools across the globe.

Software engineering is one of the many research areas that DCST has. The department has made important contributions to the field throughout its existence.

Princeton University is one of the most beautiful universities in North America. However, its reputation as an academic institution that is technical-oriented may overshadow its beauty.

The school offers computer science students all the benefits of a top university, including strong representation in their chosen field such as software engineering. The program provides extensive training in various disciplines such as data modeling and statistics, computer science and numerical analysis.

Georgia Institute of Technology was established in 1885. It has an undergraduate enrollment of 16,561, and its quite big 400 acres campus is located in urban areas. It follows a semester-based academic schedule. Its tuition and fees in-state are $12,682 and out-of-state the number is $33,794. This is a good price when you compare it to MIT for example where fees and tuitions are around $55,878 flat.

Georgia Tech is located in Atlanta's heart and offers many student activities. The NCAA Division I Georgia Tech Yellow Jackets compete in the Atlantic Coast Conference. They have a fierce rivalry against the University of Georgia. The Ramblin' Wreck is a 1930 Model A Ford Sport Coupe that has led the football team onto the field for home games since 1961.

Also, Georgia Tech is home to a small and lively Greek community. Although freshmen can be offered housing, they are not required to live on campus. On top of its main campuses in Savannah and Atlanta, Georgia Tech also has campuses in France, China, Ireland, Singapore and Costa Rica.

Stanford encourages students to pursue research in many fields, including software engineering. The school of Engineering was established in 1925. It has been a driving force for technological innovation that has improved the country's industrial sector.

Over the past nine decades, Stanford has been pushed up the global rankings by the School of Engineering. They have received numerous honours and awards. Stanford University continues to be ranked among the best software engineering universities across the globe with an impeccable reputation.

The only downside is its high tuition fee of around $56,100 per semester. However, the university does offer scholarships to both international and US citizens so it's worth checking out if you can qualify.

10. University of Texas at Austin

The University of Texas at Austin was established in 1883. Its campus is situated over 437 acres of land and it has an undergraduate enrollment of 40,048.

University of Texas at Austin. is considered as one of the most prestigious schools in America. The College of Liberal Arts is the largest of the 13 colleges and schools that make up the University of Texas at Austin. There are also highly-ranked graduate programs available, such as the McCombs School of Business and Cockrell School of Engineering.

There are more than 1,000 clubs and organizations for students to join, as well as the large UT Greek system. There are many student media outlets at the university, and several of its teams compete in the Division I Big 12 Conference. UT offers hundreds of study abroad opportunities. The most popular destinations are the UK, Italy and Spain.

While only freshmen must live on campus, more than 80% of students stay in their houses for the entire four-year period. Caltech Beavers has a number NCAA Division III teams competing in the Southern California Intercollegiate Athletic Conference. The Honor Code is integral to student life. It states that no member of Caltech's community should be unfairly advantaged by any other Caltech member.

A degree in software engineering and/or software development is definitely a big advantage for every ambitious person. However, remember that you can also sign up for practical workshops, courses or coding boot camps and use other methods and tools to learn.

The software career doesn’t necessarily require official “education” as long as you can demonstrate practical knowledge, skills and do your job with passion. Good luck!